Don Julio is one of the most famous spirits brands on the planet, celebrated for its premium tequilas, which are created in Jalisco, Mexico.

The brand was founded by Don Julio González in 1942, and boasts a variety of different tequilas, including one very special version: Don Julio 1942. 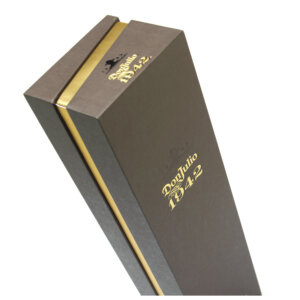 This special drink is aged for at least two and a half years, and is known for its warm caramel and vanilla tasting notes, and distinctive bottle. It’s a tequila favoured by connoisseurs, often seen enjoyed by famous faces such as Kylie Jenner. The GPA Luxury team has been manufacturing the packaging for Don Julio for several years, and recently we continued the tradition by crafting a premium gift box for the 1942. 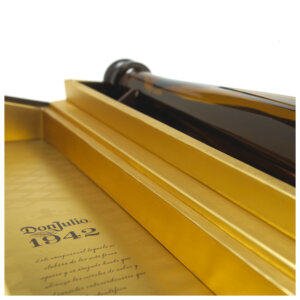 We began by creating the core of the pack: a statuesque rigid board structure made from premium recycled greyboard. Though the box is rectangular when closed, the door opens along a diagonal line, giving the pack distinctive angles.

We wrapped the outside with kraft paper, printed in a shade of rich brown. During this process we were careful to maintain a smooth and uniform distribution of colour without compromising on the texture of the paper. Embellishing the exterior are gold and gloss colour-matched areas of foiling, drawing attention to the Don Julio 1942 branding. 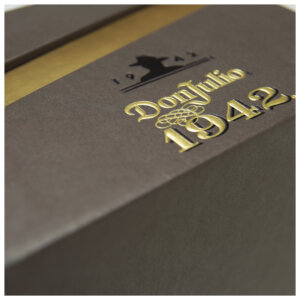 Upon opening the pack, the luxurious interior is revealed. The bottle is held in a brown fitment, which is surrounded by a compartment lined with gold paper, partially visible when the box is closed. The tall and slender bottle of Don Julio is held within a recess in the base of the box, and secured further via an integral neck clip. 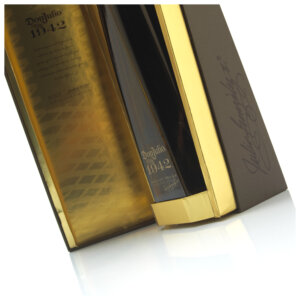 The final details are the text on the inside of the door, and the subtle geometric pattern printed onto the gold interior, which mirrors the angular lines of the pack.

We use cookies on our website to give you the most relevant experience by remembering your preferences and repeat visits. By clicking “Accept All”, you consent to the use of ALL the cookies. However, you may visit "Cookie Settings" to provide a controlled consent.
Cookie SettingsAccept All
Manage consent