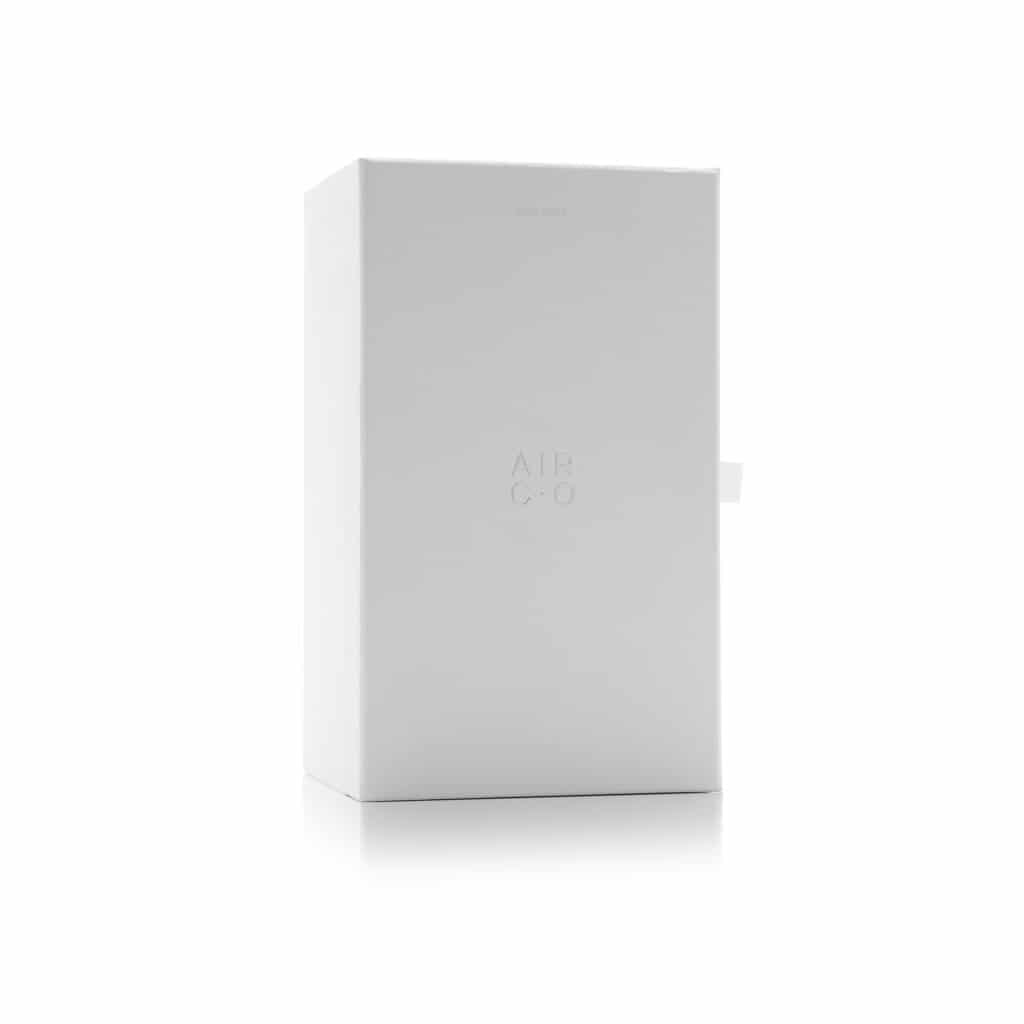 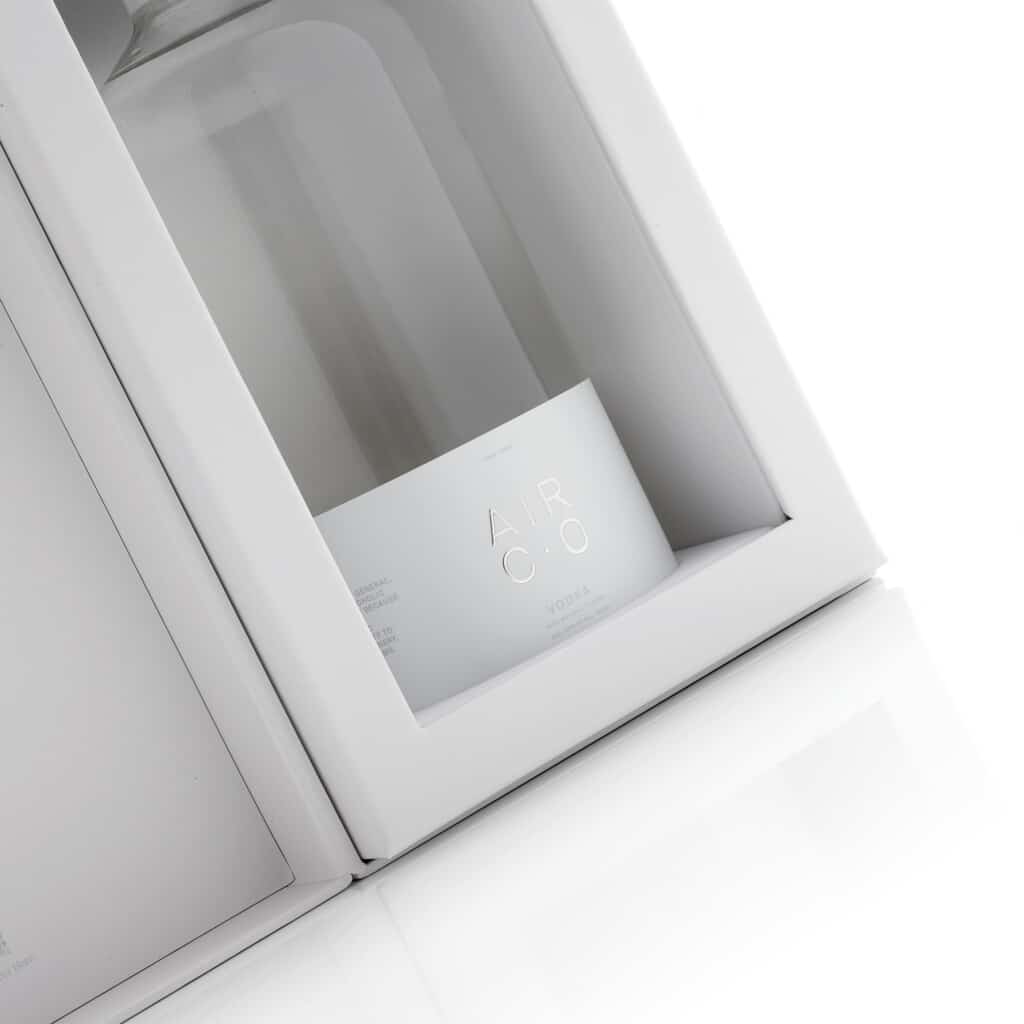 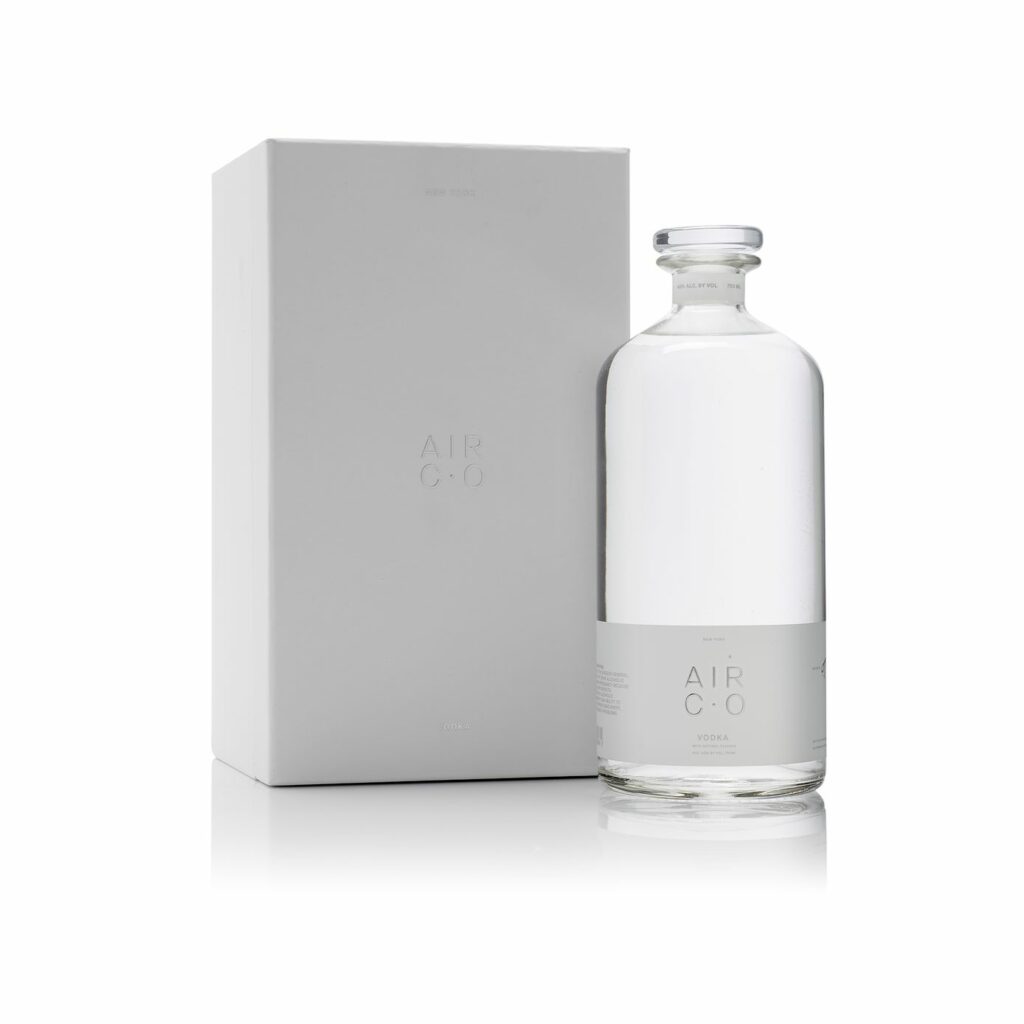 Air Company is one of the most exciting – and futuristic – brands of the moment. Described as a “carbon technology” company, they have developed patented and proprietary machinery that captures carbon dioxide from the air and converts it into impurity-free alcohol, releasing only oxygen and water as by-products. It’s an operational process that can be described as “carbon-negative”.

The brand has big plans for the future that involve using this technology to tackle climate change. But in the short term, they’re already making an impression with their eau de parfum, hand sanitizer and Air Vodka with Natural Flavors, a spirit that has been described by GQ as “clean and crisp like a shard of light”. We teamed up with Air Company to craft a limited run of packs to house this exciting vodka. 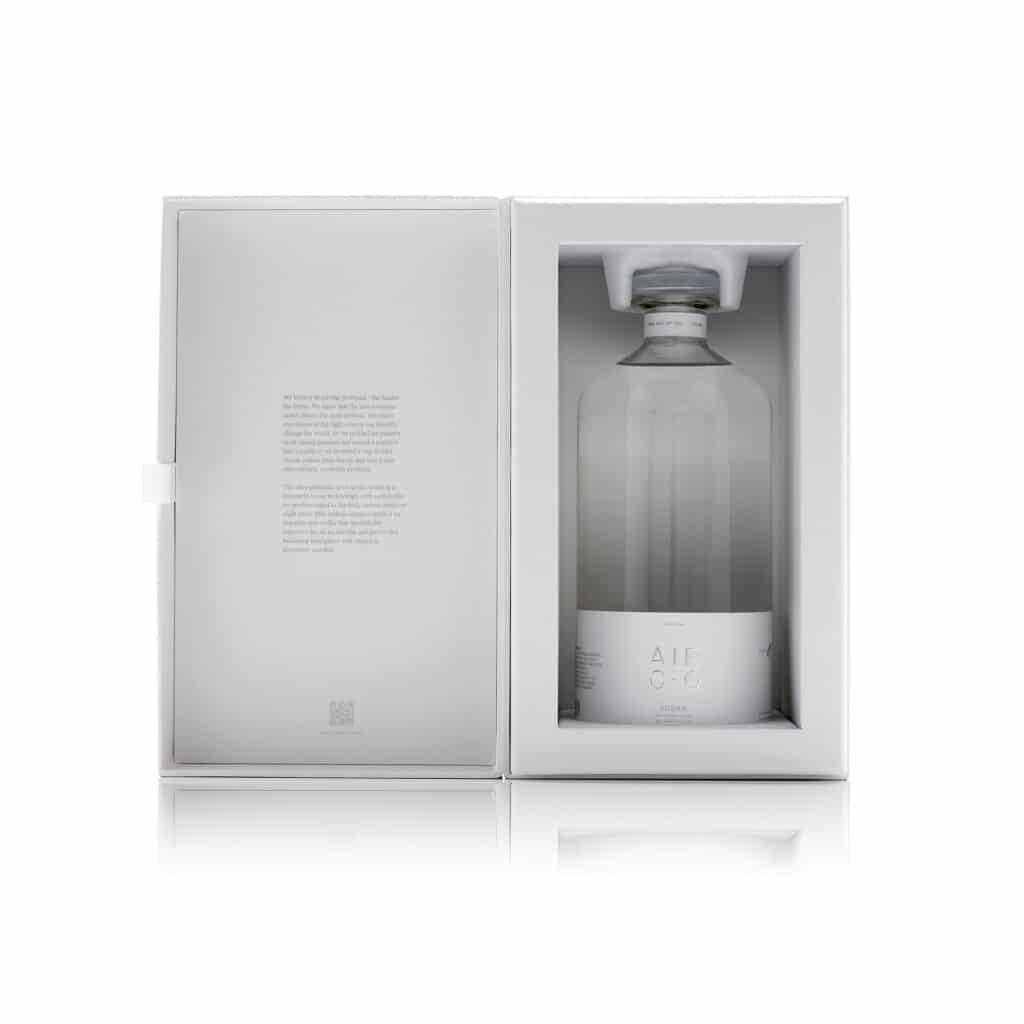 Our stylish case for Air Vodka has a rigid box, clamshell structure. The design is strikingly minimalist – taking its cues from the bottle itself – but expresses an air of luxury through its fine embellishments and close attention to detail. After constructing the box, we wrapped the exterior in uncoated white paper stock and added the Air Company logo to the front face in embossed silver foil.

The pack can be pulled open with a ribbon attachment to reveal the vodka, which stands framed by a white border. Holding the bottle securely in place are the EVA fitment in the base and the flocked, vacuum-formed closure around the neck. On the inner face of the door, a few details about the brand and the product are printed in silver foil. The last detail is a QR code, which directs the user to the Air Company website. 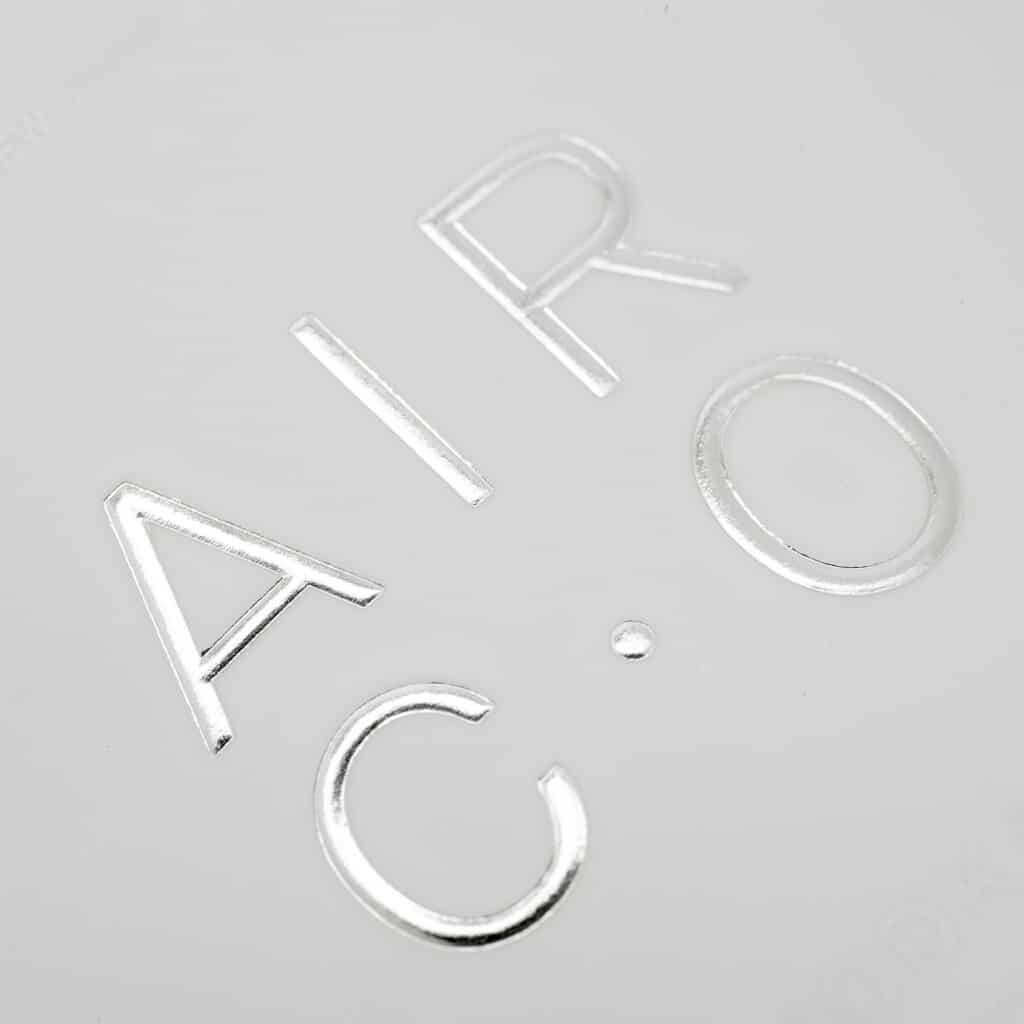 If you, like us, view sustainability as mission-critical, we can help. We were founded on sustainable principles and have a wealth of experience working with renewable and recyclable materials.

We work with industry-leading clients to create award-winning, sustainable packaging solutions and we’d love to hear from you…
Say Hello
Get in touch Get in touch
We use cookies on our website to give you the most relevant experience by remembering your preferences and repeat visits. By clicking “Accept All”, you consent to the use of ALL the cookies. However, you may visit "Cookie Settings" to provide a controlled consent.
Cookie SettingsAccept All
Manage consent